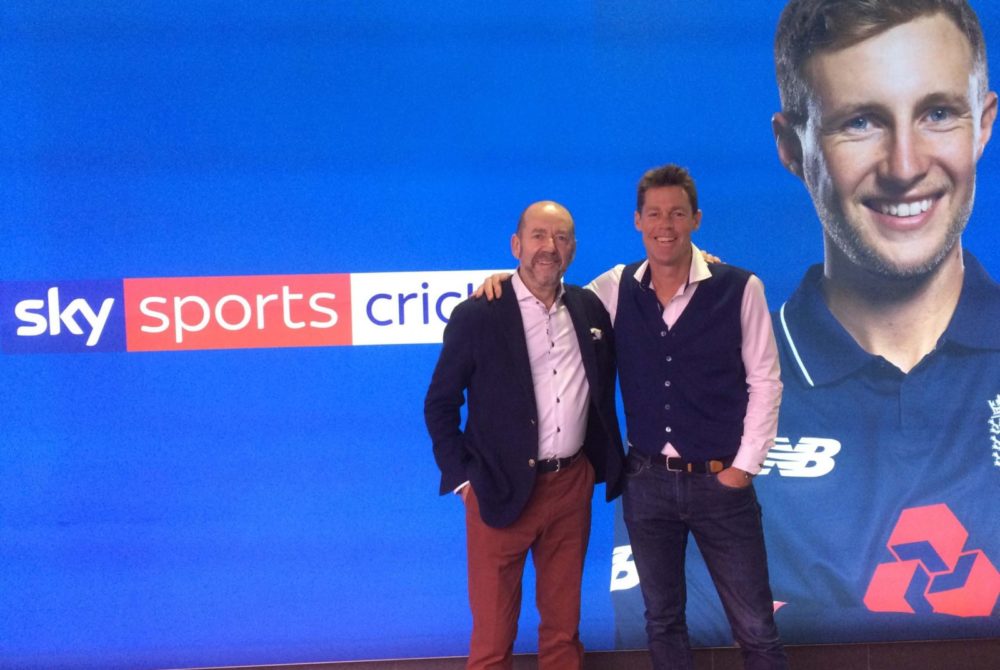 Our founder John Deane-Bowers crossed the Suffolk boundary last month to meet with the team at Sky Sports Cricket.

Aiming to bowl over the pundits and production team with our famous Trotter & Deane style, John met with our brand ambassador Nick Knight at Sky Sports’ London studios. The former opening batsman turned presenter introduced John to some of his colleagues on the Sky Sports team, which include former England captains Mike Atherton and Nasser Hussain, along with the rest of the crew. 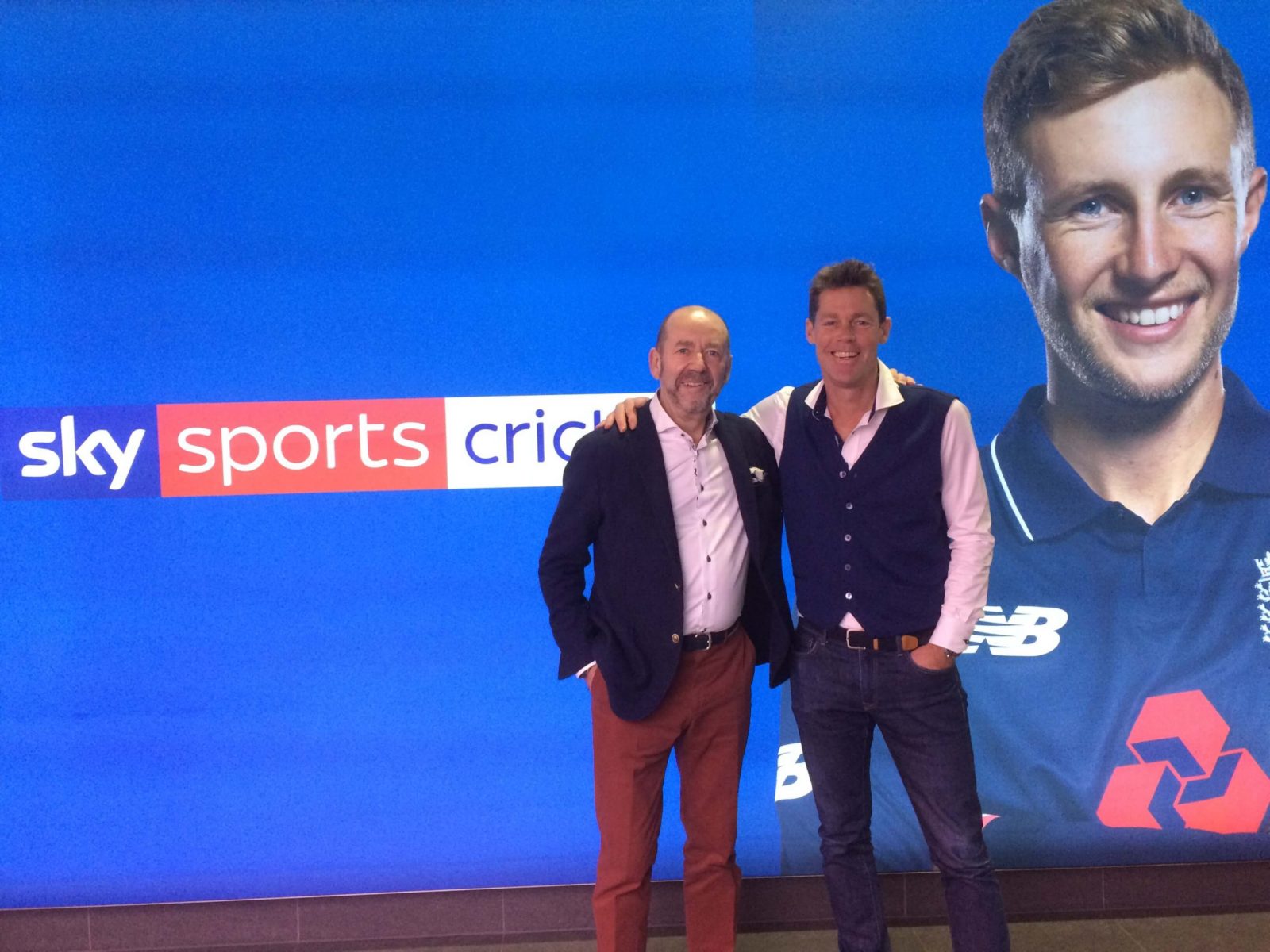 Discussing style notes with the producers, we’re aiming to bring contemporary men’s fashion to the world of cricket.

Howzat for a story?!

Cricket to become fashionable in 2019

Following the whitewash in the recent test series in Sri Lanka, 2019 is building up to be a big year for English cricket. As well as the historic, first-ever test match between England and Ireland, the 2019 World Cup will be held in England and Wales. Then there’s the small matter of a home Ashes series against Australia to complete the summer fixtures.

With an increasing focus on cricket in this country, it’s even more important for the Sky Sports boys to look fashionable in front of the camera.

Check back for some exciting news coming in 2019.

In other cricket related news, another of our ambassadors (and soon to be knighted cricketer), Alastair Cook wore Trotter & Deane menswear at the BBC’s Sports Personality of the Year awards at Birmingham’s Resorts World Arena last weekend.

Back in June, England’s record Test run-scorer visited us in Cambridge to celebrate the first anniversary of our menswear store. Whilst with us, we gave him the full made to measure tailoring experience for which we are known throughout East Anglia.

During the fitting, our technician, Josh, got the measure of the opening batsman and delivered him a great looking suit. 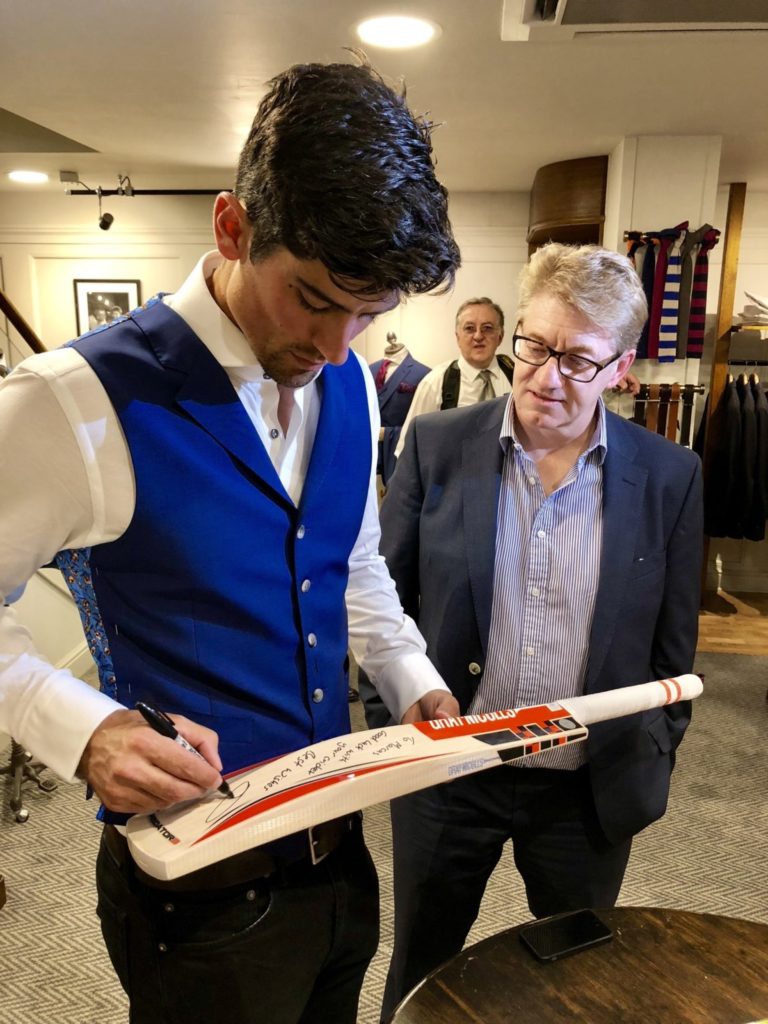 Alastair has already been pictured in the press sporting one of our suits this year. Styled with an orange paisley tie and designer shades, the Essex batsman was snapped looking dapper in Wimbledon’s royal box in a navy, peak lapel three-piece.

Alastair was nominated for the Greatest Sporting Moment of 2018 award for his farewell century against India in his final ever test match, an award eventually won by the England netball team.

You can enjoy the full made-to-measure experience at either of our two stores in East Anglia. Our Bury St Edmunds store has been a fixture on Abbeygate Street since 1991 and has been popular with locals and the public for over 25 years. Our brand really came of age last year with the opening of our Cambridge store on Sussex Street last year.

To enjoy our made to measure experience, please do pop in and see us for an informal chat.

We look forward to meeting you!

Be the first to hear of our new collections and offers.
An email will be sent to confirm signup, you can unsubscribe at any point & all data is stored securly as set out in our privacy policy.

By continuing to browse or by clicking “Accept All Cookies,” you agree to the storing of first- and third-party cookies from Trotter & Deane on your device to enhance site navigation, analyse site usage, and assist in our marketing efforts